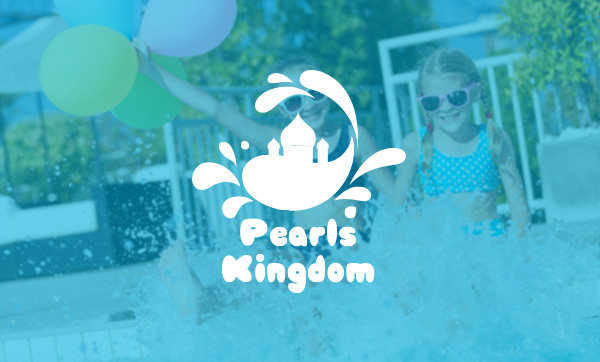 Once upon a time, there lived a wise King who ruled a beautiful Kingdom called Pearls Kingdom. One cold night, the wise King dreamt of a misfortune that would befall his large Kingdom, but the dream also showed the wise King a way to stop it from ever happening, and that is by getting his hands on a magical pearl called ‘The Pearl of Knowledge’. This magical pearl has the ability to protect his precious Kingdom through its two mystical powers - giving people knowledge and protecting them from harm. The King awoke from his sleep and remembered the terrible dream! He immediately sent a message to all his people liv ing near and far, telling them to bring the Pearl of Knowledge to him. The wise King promised great rewards and riches to the ones who got him this magical pearl.

This was no easy task as the magical pearl was hidden in the Treasure Sea and is fiercely guarded by a gigantic octopus. Only the cleverest and purest amongst the people who were brave enough to fight against the giant could come back with the magical pearl. Within the Kingdom, in a small village lived two brothers, the best divers in their neighbourhood. They heard the King’s message and immediately began their search of the magical pearl. The brave brothers reached the Treasure Sea and found the Octopus, where they immediately dove into the water and fought bravely against it, however they couldn’t get anywhere near the pearl. The giant octopus batted them with its long arms, pushing them back, and defeating their best efforts easily! The brothers fought hard but were no match for the Octopus. Hurt and tired, they decided to swim back to shore empty-handed. They sat on the shore weary and disappointed as an old lady who was passing by, saw them and noticed how upset they were, so she decided to sit down with them and find out their story. They began speaking about the mysteries of the sea, and their recent adventure with the giant Octopus. She then revealed to the brothers a secret that could help them get the magical pearl! She told them that playing the flute on a full-moon night would soothe the beast and put it to sleep, leaving the gem unguarded. The brothers were glad to hear this! They thanked the old woman and immediately went in search of a flute. They waited for the next full-moon night and headed straight to the Treasure Sea, armed with the flute that they had found earlier. One brother stood at the shore and played a soothing tune on the flute, while the other brother dove into the deep sea in search of the magical pearl. When he reached the giant octopus, he noticed that the beautiful tunes of the flute had put it to sleep, just as the old lady said it would! He carefully looked for the magical pearl and finally found it! He then brought it to shore and showed it to his brother where they celebrated their victory with immense joy. Now, all they had to do is to go on their long journey back to the King’s palace and deliver the magical pearl to its new home. The two brave brothers encountered many challenges along the way which forced them to take shelter in the forest due to a heavy storm that lasted till dawn. By noon, they managed to reach the gate of the King’s Palace which was protected by giant guardians. The brothers stood at the gate and narrated their tale to the guards who then allowed them to enter the palace. The brave brothers handed over the precious gem to the King who was extremely happy. As promised, he then rewarded them with a ‘sunduk’ of gold. And so, it came to pass that the ‘Pearl of Knowledge’ finally found a beautiful new home – one where it would be cherished and loved. The King’s good fortune multiplied in time and on the very next full-moon night, his first child – a beautiful baby girl was born. The princess immediately charmed everyone’s hearts and so the delighted king decided to name her ‘Pearl’, after the Pearl of Knowledge. Princess Pearl was a charming girl with an adventurous spirit and a curious mind. Every evening, she would sneak up to the Pearl of Knowledge and ask for a new story to share with her people. The Princess, along with the magical Pearl, became symbols of happiness, safety, joy, and knowledge in the Kingdom, and all its people there lived happily ever after.